Tourism in Cappadocia aspires to receive 7 million tourists in 2020

Cappadocia is a charming Turkish city that is world-famous for its rock groves, magnificent plateaus and hot balloons. Together with other tourist centres, it has been the most important tourist site in Turkey, an attraction for tourists from all over the world. 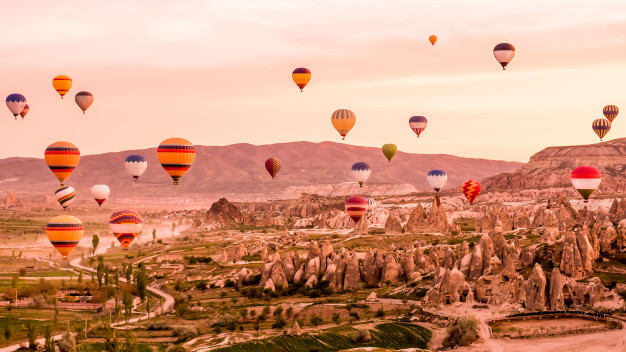 Cappadocia has received many visitors, with more than 3 million tourists, a new figure compared to the number of tourists it receives each year.

Commenting on the figures, Deputy of AK Party in parliament for the Nevsehir, Mr Yucel, said, "There is no doubt that Cappadocia is one of the tourist areas that has achieved a global status for itself. It is like a legend in the fantasy world, so we aspire to exceed 3 million tourists."

"We have achieved our goal of reaching 3 million tourists, but now we look forward to more distant goals, with at least 7 million tourists. And we have enough infrastructure to receive more tourists," said Mr Yucel.