25 Million Tourists to Turkey in 7 Months

Turkey's weather is one of the most prominent reasons that attract tourists to visit Turkey, with moderate temperatures, a wide variety of natural and tourist places, and robust infrastructure. 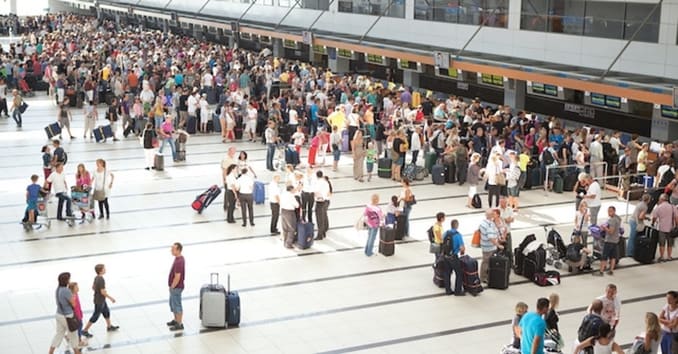 Russian Tourists Top the List of Visitors to Turkey

According to official statistics by the Turkish Ministry of Culture and Tourism, the number of foreign tourists who visited Turkey reached 24,693,886, an increase of 14.11%.

The number of Russian tourists alone was 3,752,437, ranking first among other nationalities to visit Turkey, bringing a 14.06% increase in their numbers.

Increase in German Tourists to Turkey

In July statistics, Russians also ranked first with 1.43,400 tourists, followed by Germans with 868,307 tourists, the British with 425,440 tourists coming to Turkey.

According to official figures, Turkey's tourism sector has reached a record with 40 million foreign tourists, of whom nearly 12 million have visited Istanbul.

Turkey's tourism sector has nearly $30 billion in revenues amid expectations of a 10% growth in revenues, with more than 43 million tourists.

According to a plan drawn up by the Turkish Tourism Ministry, Turkey aims to receive nearly 70 million foreign tourists a year by 2023.