Despite the spread of the Coronavirus, Antalya has hosted 1,883,903 tourists. Find out more details on Safaraq Tourism.

Known for its beauty, beaches, and climate, Antalya has always been a shining star in the skies of tourism in Turkey and the world. Thanks to its historical places dating back to ancient times and charming nature, Antalya has a tourist destination populated by visitors from around the globe. 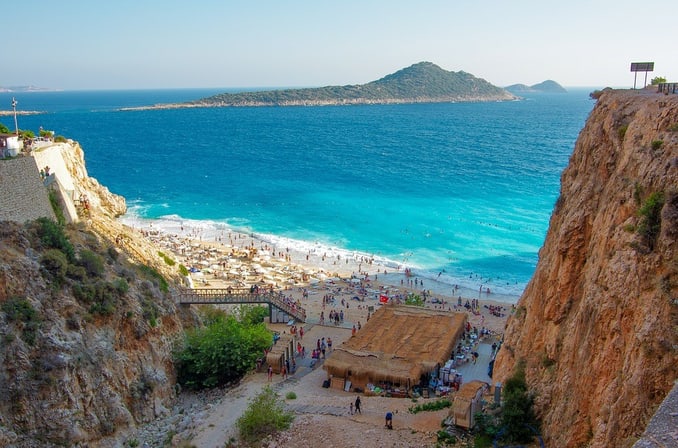 After the Corona pandemic spread worldwide, Antalya did not miss its tourist guests; rather, it provided them with pioneering services in safe tourism to enjoy tourism in the beautiful city with the highest infection prevention standards.

To implement precautionary measures against the Coronavirus, the Ministry of Tourism of Turkey has launched the 'Safe Tourism Programme' and has exercised strict control over its application in tourist facilities, beaches, and other places.

The Ministry has imposed on the departments and owners of facilities the extraction of the health tourism certificate, which is given to the facility, after ensuring that cleanliness, sterilization, and social distance, and facilities' staff are free of any infection.

Tourism in Antalya: A Heavy Turnout of Citizens of Some Countries in Antalya

Commenting on Antalya's tourism figures, Mr. Jim Kanai, Board Member of Turkey's Tourism and Development Agency, said, "Tourism in Antalya has contributed to a large tourism movement from Russia, England, and Germany."

Mr. Kanai continued, "It is clear that people have had a beautiful holiday after the period they spent in their homes. Antalya has hosted a great turnout by tourists, particularly from Russia, Ukraine, England, Poland, and others."

He added, "Our hotels were open to them, ready to receive them, and we did everything we could to provide them with tourism, with the highest levels of prevention. We hope that the movement will continue to increase. It is known that Turkey in general, and Antalya in particular, offer pleasant tourism to its visitors."