Fatih Mosque was established between 1463 AD - 1470 AD, and it was part of the largest university in addition to sixteen colleges with Dar Al-Shifa (Nursing house), the guest house, and the library, all of which are located within what is known today in the Fatih district in Istanbul. The Mosque is one of the most beautiful archaeological and religious sites in Istanbul, and its current form is not the one on which it was built, due to the massive earthquake that struck Istanbul in 1766 AD, which led to its destruction, so it was rebuilt by the architect Muhammad Tahir Agha by order of Sultan Mustafa III in 1767 CE. It was built differently from what it was, and the only thing left of the old mosque was the inner courtyard surrounded by a portico covered with twenty-two domes supported by eighteen columns, in addition to the mihrab.

Fatih Mosque is located on the European side of Istanbul, in the Fatih district that bears the name of Fatih Istanbul and is a great example of Turkish Islamic architecture in Istanbul. However, this mosque was also named after Sultan Mehmed the Conqueror who conquered Constantinople in 1453, and It is also included in the annex section of the Fatih tomb, may Allah be pleased with him.

Fatih Mosque from the inside

The main dome of Fatih Mosque is placed on four huge pillars, and its diameter is twenty-six meters. As for the mihrab, it is the same as the mihrab of the old building and the minbar. Besides, the calligraphic decorations that spread throughout the mosque are Baroque. There is a special section for the Sultan in the mosque built in the eighteenth century, which is devoted to the prayer of the sultans, they allocate time for them to remember, read the Quran and pray. Moreover, there are sections for women, and a room for the production of natural ink, where the lighting of the mosque before electricity was done through gas oil, and the smoke from it through the ventilation sticks In a special room to be extracted by calligraphers and turned into ink, to write the Holy Quran. 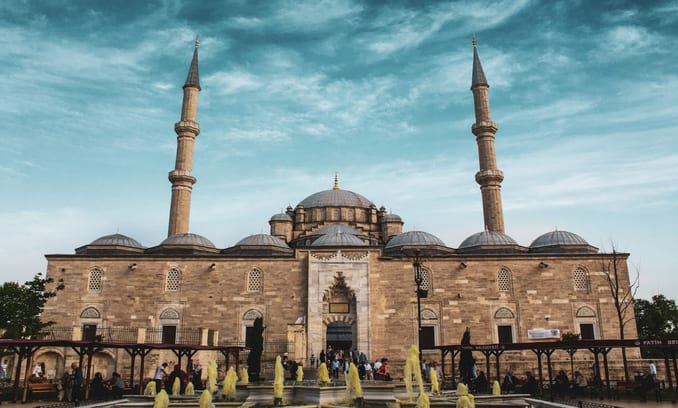 Architecture and Design of Fatih Mosque

The interior design of the Fatih Mosque was by the engineer, Sinan Agha, a famous architectural designer, who designed it similar to his previous designs that were widespread in his works, two minarets are identical in shape and size to this mosque. Moreover, the central dome is about twenty-six meters long, supported by four other small domes, on each axis and each dome is supported by a strong marble column, and the solar clock engraved on the stone is one of the most important monuments that attract attention in Fatih Mosque and It was engraved on the minaret of the mosque from the direction of Fevzi Pasa Street, and it is considered one of the most beautiful models of solar clocks in history. The Mosque is also distinguished by the presence of a well of water inside it, and it is now in the form of a water fountain within the mosque. Next to the door of the main courtyard of the mosque, there is a reservoir for firefighting water, which is surrounded by a wall and an iron grid. This reservoir was used in the Ottoman era, and it was established in 1825 AD by Sultan Mahmut II.

Fatih Hotel is located in the heart of old Istanbul, where the historic and shopping areas are located, and it is a short distance from the most important transportation stations in Istanbul and its famous squares. Also, the hotel's terrace overlooks the entrances to the Bosphorus, where the picturesque views of the Marmara Sea. The hotel has a meeting room and offers shows for children and tourist groups. It also organizes sightseeing tours, as well as sea tours. The hotel rooms are equipped with air conditioning and televisions. Fatih Hotel serves traditional Turkish and international dishes and foods.

Dareyn Istanbul Hotel is one of the best three-star hotels, and offers luxurious stay within air-conditioned rooms, with nice colors and wonderful wooden furniture. It also has a private bathroom and free toiletries, family and non-smoking rooms, and a suite for grooms, and it provides laundry and ironing services, in addition to free parking near the hotel, meeting and banquet rooms, VIP room facilities, and currency exchange services. Besides, the staff there speaks more than one language, Dareyn Hotel serves different types of local and international food in the form of a buffet, in addition to the possibility of eating breakfast in the rooms. 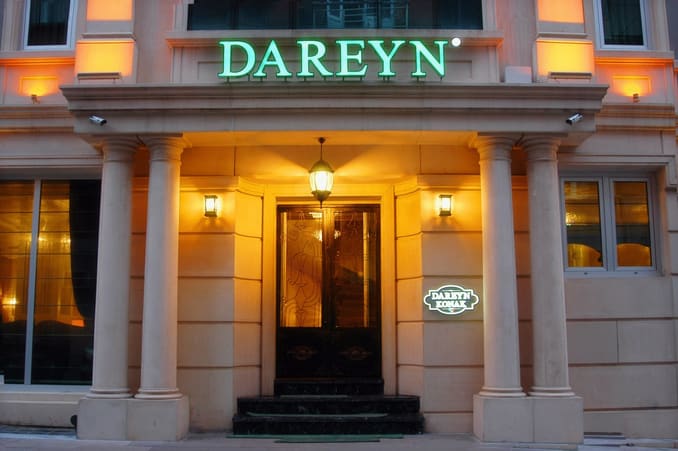 Celal Aga Fatih Hotel is one of the best hotels in Istanbul, as it has standard rooms and a luxurious suite, and is characterized by the beauty of the terrace, and it has an indoor pool and sauna, in addition to that, it offers various facilities, such as valet parking, a children's pool, and babysitting service. The hotel also includes more than eighty-five traditional rooms equipped with everything necessary to ensure an enjoyable stay, and hotel guests can enjoy dinner in the restaurant located in the same building, and this is suitable for guests who prefer to stay in the same building. They can also tour tourist places in Istanbul, as this hotel is located a ten-minute walk from those places, such as Laleli Mosque, Suleymaniye Mosque, and Istanbul University.

FAQ about Fatih Mosque in Istanbul

Fatih Mosque can be accessed using public transport, and one of the most convenient means is to use buses, especially those that pass from Eminonu and Fevzi Pasa, and that pass from Edirnekapi to Fevzi Pasa Street as well. It is also possible to reach the mosque with the Metrobus by getting off at Edirnekapi and using one of the buses that run on the Fevzi Pasa path. As for access by metro, it is possible to use the Yenikapi Kirazli metro and getting off at the Emniyet station and then walk on Ak Shamsuddin Street for about ten minutes.
Fatih Mosque is located on the European side of the two continents Istanbul, in the Fatih district, which has the name of Fatih Istanbul, may Allah be pleased with him.
It is possible to walk from Sultanahmet Mosque (the Blue Mosque) to Fatih Mosque, a distance of about forty minutes, as the distance is four thousand and five hundred meters.
You can by taking the tramway from Sultan Mehmet station, get off at Yusuf Pasa station, then walk for a third of an hour, and you can also reach the mosque by taking taxis.