One Million Passengers at Istanbul New Airport in 9 Days

Since the first day of launch, Istanbul's new airport has been efficient and shows the intensity of its movement, starting its first day with 148 flights, the extent to which it hopes to excel and succeed. 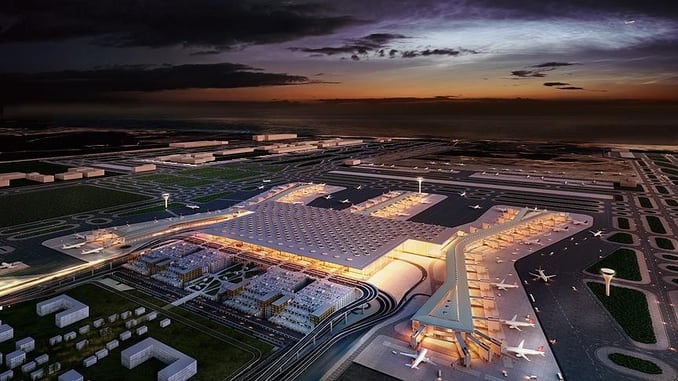 According to a statement made by Aksi, Turkish Airlines made 4,862 take-off and landing flights, transporting 841,915 passengers, heading to 1 million passengers, adding that things are going well, and they're going to go for the best.

There is no doubt that European interest in tourism in Turkey has increased significantly, with the tourism sector increasing by 17.3%, equivalent to 1.2 million tourists.

European tourists increased by 37%, which opened the door to expanding the potential of Turkish Airlines in terms of the number of passengers.

The airline also announced that it would fly to seven new European cities, including Nantes, Rovaniemi and La Coruña.

Turkish Airlines is the world's most frequently flown domestic and overseas airline with a fleet of 335 aircraft (cargo and passengers), flying to 307 destinations, including 258 international and 49 domestic destinations.