Sultan Ahmet Mosque in Istanbul | Restorations are in Progress

Istanbul is a wonderful city with enchanting beauty, many monuments, and historical features. It is unlikely to visit this charming city without visiting Sultan Ahmet Mosque. It is located in Fatih district and surrounded by many Byzantine and Ottoman-era archaeological facilities, one of the city's most famous monuments.

The mosque is decorated from the inside with more than 21,000 ceramic pieces of 50 different species brought from Iznik and Kutahya, white and blue, the reason for calling it the Blue Mosque.

The Sultan Ahmet Mosque was distinguished from other Ottoman mosques as the first mosque to contain a passage from the Sultan's Palace to the forum where the Sultan and his entourage pray. 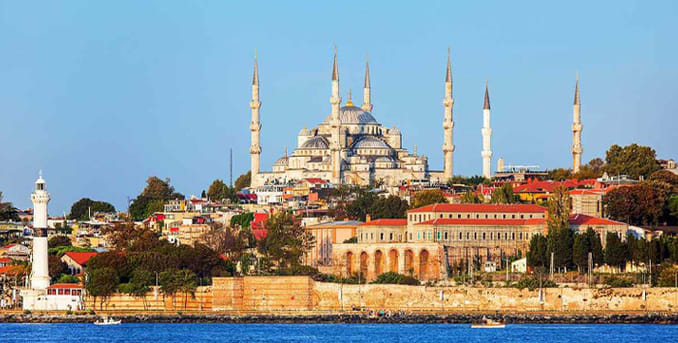 Sultan Ahmet Mosque has got great attention from the Ministry of Tourism and the Turkish government due to its great importance as one of the most important attractions to which tourists from around the world and one of the most visited mosques in Turkey.

Several restorations have been carried out, most recently the restoration process, which began in 2017, of which more than 30% have been completed so far. The restorations aim to restore the mosque's structure and organise its facilities so that it can receive visitors and perform its role as a mosque in receiving worshippers.

Restoration work includes cleaning the decorations in the main dome of the 17th-century mosque. Archaeologists and engineers supervise them by specialist craftsmen. 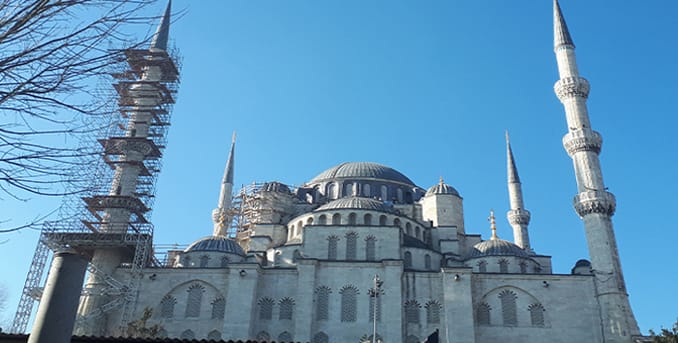 Mr Mursel Sari, director of the first area in Istanbul's endowments, said that they had found groundwater drainage channels in need of cleaning under the mosque. The staff has begun cleaning it up, and they are continuing this work so far.