How has Coronavirus Affected Airports and Aircraft?

As life gradually returned to normal after the Coronavirus, and with the organization of an official programme of flight schedules at airports, a package of measures had to be taken at airports under Corona to avoid coronavirus infection.

As the start date for foreign flights in Turkey approaches, actions at airports and aircraft are of great importance.

Turkish experts focused on the need to take preventive measures against the Coronavirus necessary for travellers, including staying away from direct contact between travellers and not engaging in long conversations, to mitigate the transmission of coronavirus infection.

Turkish experts stress the great role of onboard filters, which allow the recycling of fresh air in the aircraft to keep the plane clean from all infections and epidemics.

"There must be a consensus between the environmental control system on aircraft cleanliness and the US Civil Aviation Regulatory Regulations (FAA)," he said.

"In-flight clearance studies are currently being implemented, by WHO health laws and ISO standards."

"The environmental conditions of toxic gases, microbial particles, allergens and insects must be taken into account during flights, as well as the diseases that can be transmitted through passengers and crew," said Cetin Koc.

"It is well known that the main ways to transmit diseases are direct contact with patients, the use of the same tools by several people, inhalation of microbial particles in the air, insect bites and disease-carrying flies, and the eating of food with microbes," said Cetin Koc, recalling how infections are avoided.

He noted the importance of using HEPA filters onboard, which play a major role in the process of cleaning up the air for passengers by filtering dust, chemical and microbial particles into the cabin air by 95 % and more." 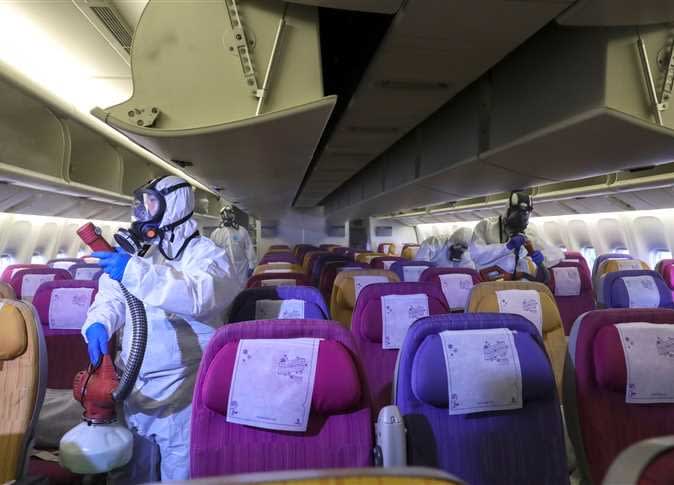 What are the Most Polluted Places Onboard?

Referring to the prohibition of some cases in which the virus is rapidly transmitted from flying, Cetin Koc says, "Passengers with open wounds or who transmit the infection through breathing, coughing and sneezing are referred for medical examination, after which they are banned if necessary."

The Turkish professor thinks that it is necessary to clear the aircraft from within, as follows:

In addition, he focused on keeping airports clean, especially from rat insects.

He stressed that aircraft that work continuously must undergo 60 to 90 minutes of cleaning during each flight, with extensive cleaning at 1-3 months intervals.

He called for ensuring that pillows distributed in rubber bottles were clean on aircraft, as well as blankets, earphones and one-time cups.

According to Turkish Professor Cetin Koc, "Some of the most polluted places onboard are toilet door handles, seat parts and headrest in seats, folding rear trays, seat belts and ground carpets." 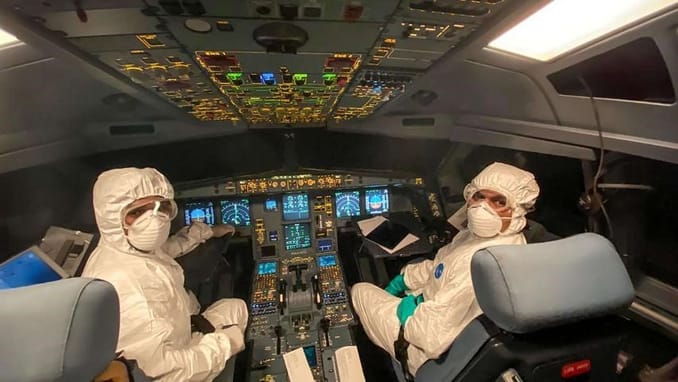 Some Guidelines for Protection Against Coronavirus in Aircraft

Yilmaz points out that several pieces of research from Emory University, the Georgia Institute of Technology, and Boeing stress that frequent interaction between passengers and leaving them to their seats violates the rules of cleanliness onboard.

"One of the results of the research was that people sitting in seats next to a window, as well as people trying to commit not to leave their seats during the trip, were at lower risk of developing the disease."

To reduce the number of airport casualties, Yilmaz provides some guidance for travel through airports under the Coronavirus, including: